Audio message for you about how to guarantee your home business success or failure:

I have never lied to you. This data is correct. If you apply it, you will earn. This is a fact.

Because our legislators are morons and because our entire monetary system is controlled by a group of private reserve banks (for literally no reason) and because every single dollar in existence is debt which is owed back to these private bankers, and because the only possible way to make the payments on that debt is by borrowing more fake money which the bankers invent on their computers (with no risk whatsoever to themselves), we have inflation. And because the current "leadership" is spending trillions of dollars in newly invented fake fiat currency, we have entered an historic realm of inflation.

Most recent reports as of the date of this post indicate 7%, highest in 40 years: 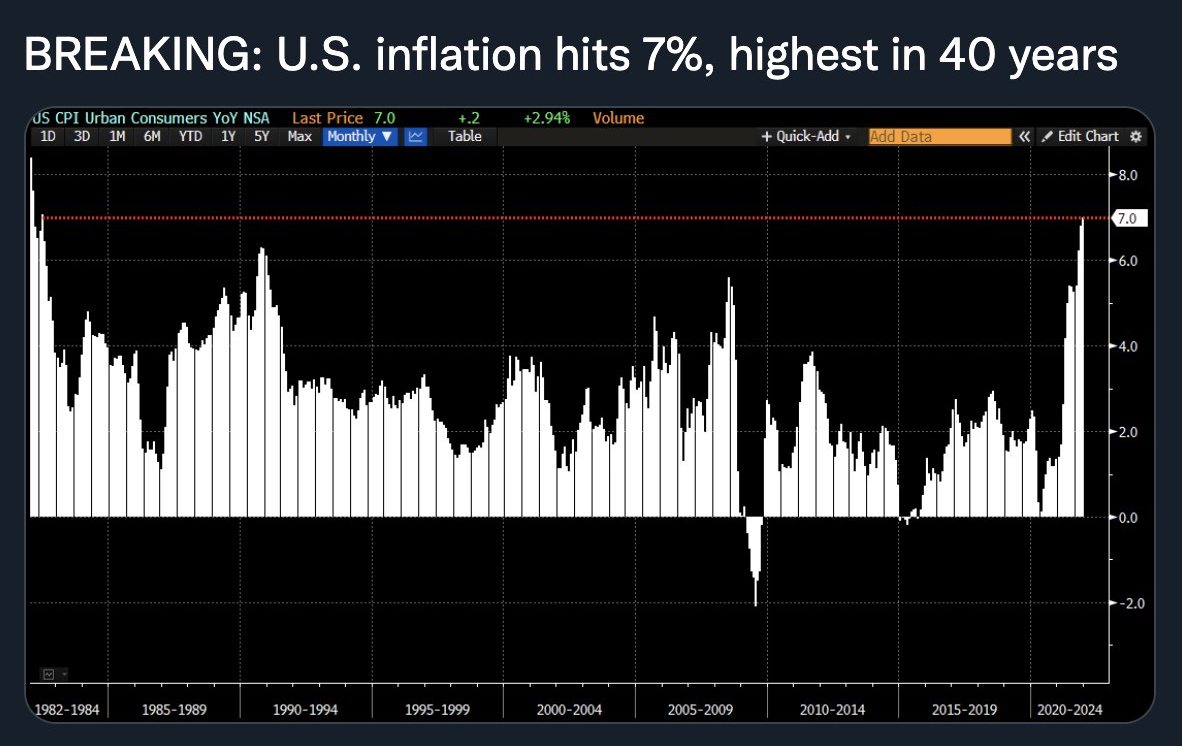 It is important to understand that the government's reported inflation rate DOES NOT INCLUDE FOOD, HOUSING or ENERGY!

Why their numbers would not reflect food and housing, which are the two most important expenses, I don't know. I suspect it's because the people who get blamed for sky-rocketing inflation don't want to be dragged into the streets by an angry mob, so they simply remove the important expenses.

But let's look at food and housing...

Food is going up more than 6% per month. Did you get that? Per month. And that is overall. If you happen to eat all organic produce or you happen to eat grass-finished beef, you've seen the prices DOUBLE in just the last year or so: 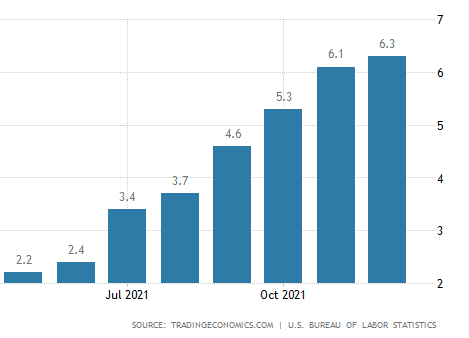 Now let's look at the absurdity of home price increases: 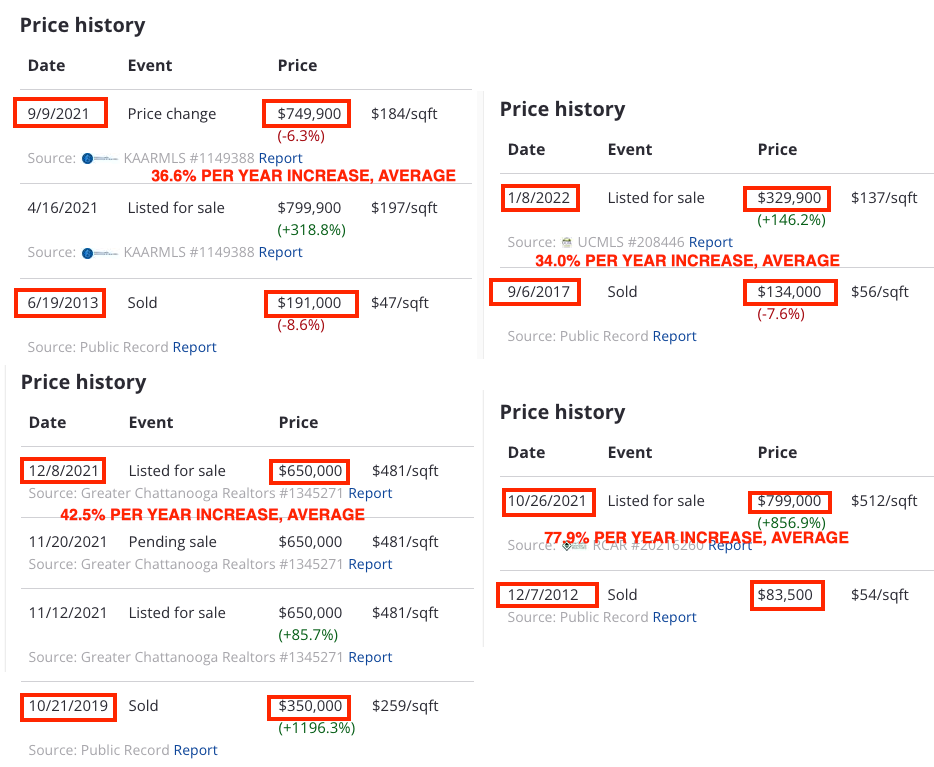 Those are pretty typical home listing in Tennessee, taken from Jan. 12, 2022. Tennessee is a "cheap" place to buy a home. The inflation of housing on the coasts of the USA is far greater than in Tennessee.

Beginning to get the picture?

The short story is, if you're not doing something drastic right now to change your level of income, you're royally screwed. Things are not just going to magically get better. Many people will be ruined. People will become homeless. People will go hungry.

Oh, the bankers, government officials and those who sell contracts to the government will get rich. Those who've managed to acquire vast amounts of real estate will get rich. Everyone else is getting poorer, fast.

Are you going do something about it? 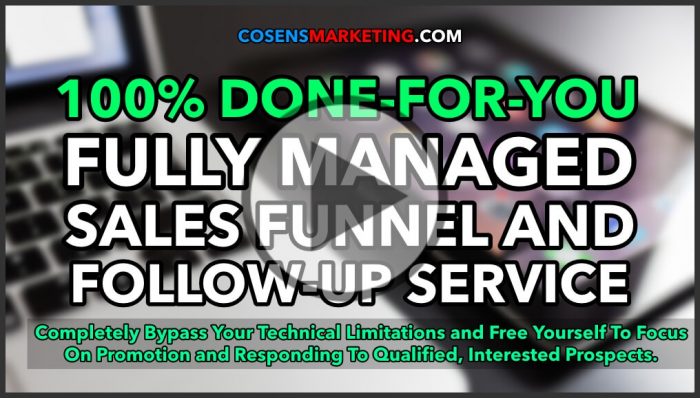